The Nat Turner Library was founded in 1998 by Elder H. Khalif Khalifah and his late wife Sister Reda Fard Khalifah, this cultural monument is dedicated to the life and legacy of our great ancestor, freedom fighter Nat Turner. The Nat Turner Library sits on the KHALIFAH FAMILY FARM a 123-acre tract on a part of Nat Turner's historic birth land in Southampton County, Virginia. Elder Khalifah is the curator of The Nat Turner Library which houses the largest collection of books about Nat Turner in the world. This library also features thousands of books written by Black authors whose literary works emphasize Black life, history and culture. In 1973, Harlem, New York was the original birth place of United Brothers Communications Systems with H. Khalif Khalifah as a founding member. This concept expanded In 1990 when Elder Khalifah, his wife Sister Reda along with her two sisters, Marie Heirs and Ella Bowser, founded United Brothers United Sisters Communication Systems (U.B.U.S.) which operated from within their Books & Things Bookstore in Hampton, Virginia. 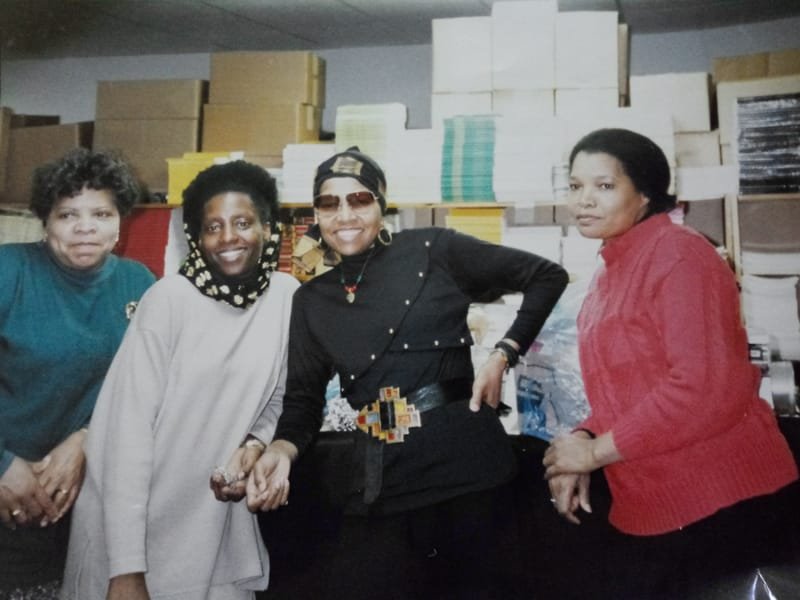 From 1990 to 2000, Books & Things was a retail outlet that served as a hub in Hampton, Virginia providing books by Black authors as well as serving the community with a Health Food Store. 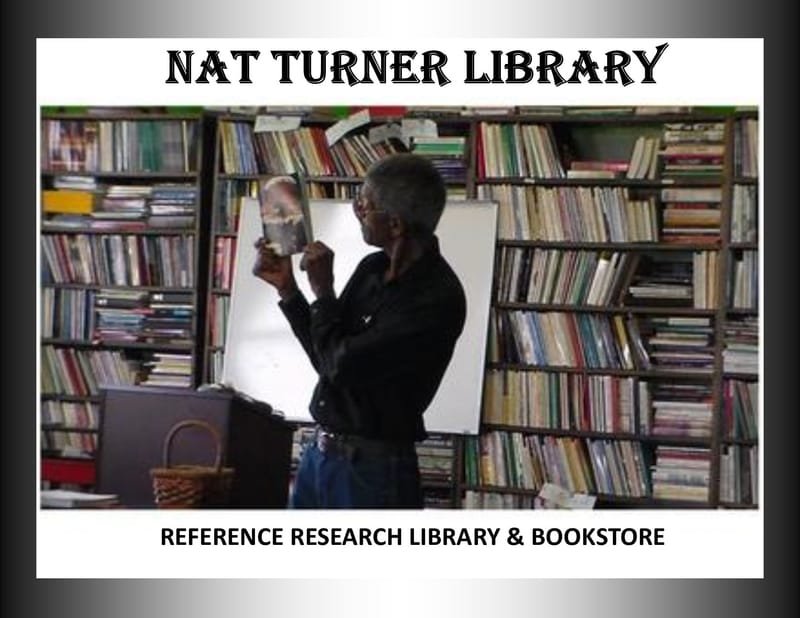 Thank you for your support as we are building a NEW NAT TURNER LIBRARY.  Your MEMBERSHIP will support this groundbreaking endeavor towards a debt-free historic national landmark dedicated to Nat Turner's legacy.  Feel free to GIFT a MEMBERSHIP to a friend.

MEMBERSHIPS: (Select One - Enter amount above in Donation)

*PLEASE SEE BROCHURE BELOW FOR MEMBERSHIP INFO. or
Message us to Request a Brochure be mailed to you*

We greatly appreciate your love and support in keeping this institution alive!  Spread the love...Spread the word!  The Ancestors will be pleased...ASE'. 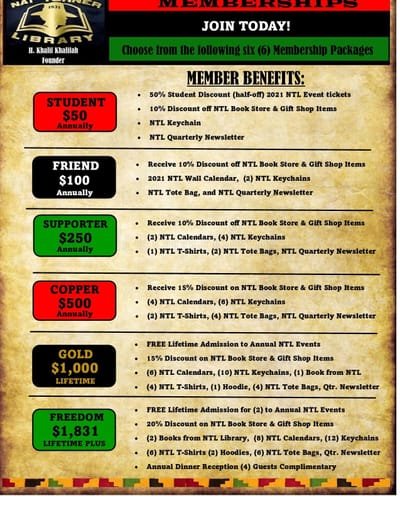 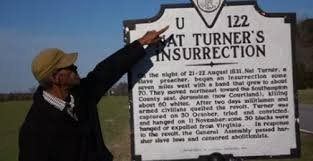 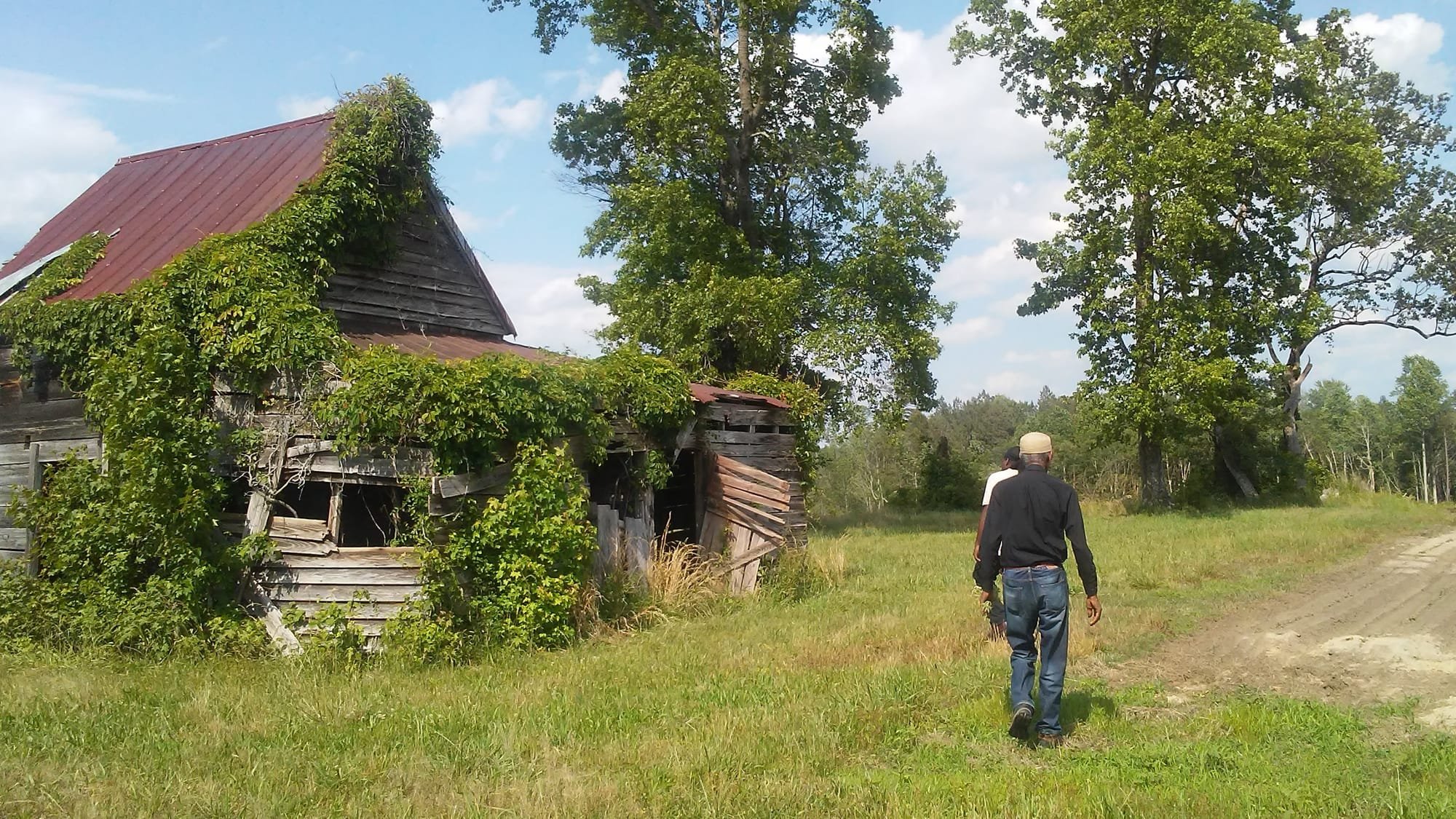 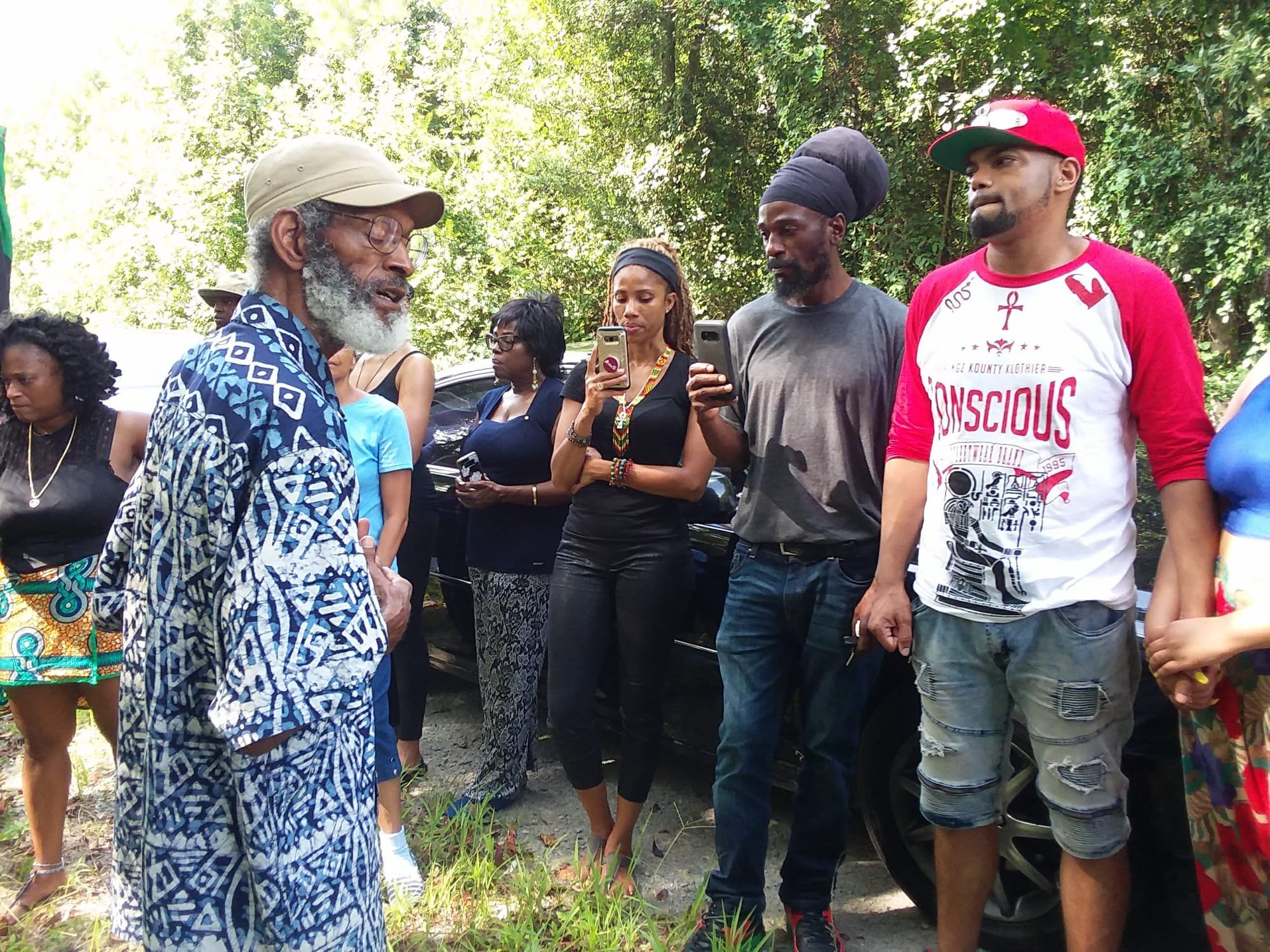 The Nat Turner Mobile War Trail Tour is led by Senior Tour Guide Elder Khalifah and assistant tour guide Ibn Khalifah. This 2-hour mobile tour visits notable sites of Nat Turner's historic slave revolt including Cabin Pond, the place where the revolt was staged, the church yard where Nat Turner preached, Black Head Sign Post Road, courthouse in Jerusalem and more!  Tickets are $50 for Adults, half-price of $25 for Teens 13-19 & Students. FREE for Children 12 & under. Tickets include: Tour and Q&A lecture/discussion.  A plant-based light box lunch is available for an additional $5. The Nat Turner Library offers a variety of Books about the life of Nat Turner as well as many other books by Black authors.  TO SCHEDULE A TOUR FOR YOUR FAMILY, CLASS, GROUP OR ORGANIZATION, YOU MAY CONTACT US BY PHONE (434) 637-1230 or Email: natturnerlibrary@yahoo.com or natturnertrail@gmail.com. 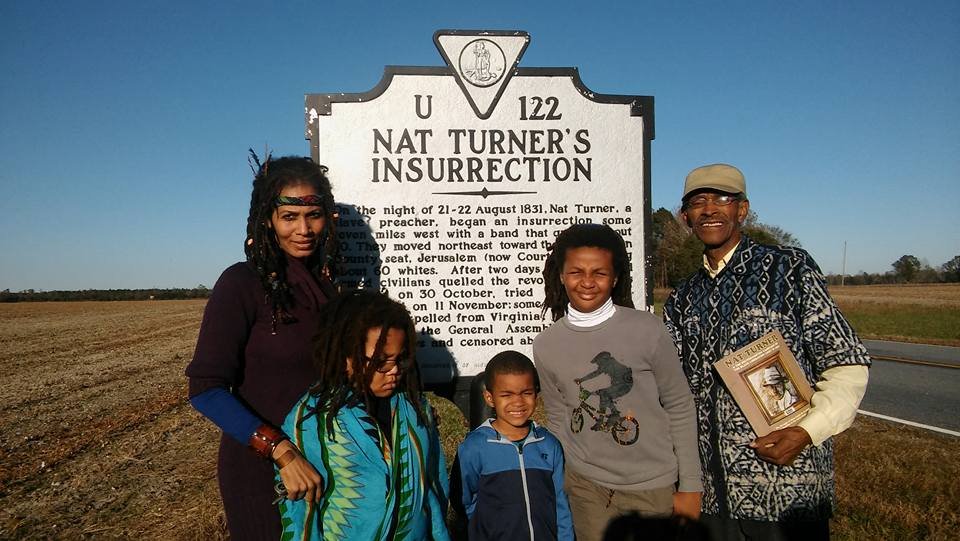 A Historic Place to Visit

Retreat to a peaceful place to get away from the hustle and bustle of every day living and bathe yourself with nature, health, history and peace. A great tourist destination nestled on 123 acres, a part of Nat Turner's sacred ancestral birth land. Experience the Nat Turner Library, Nature Walks, Volley Ball, Basketball and more! Take the Nat Turner War Trail Tour and dine on plant-based cuisine from natural fruits and vegetables. 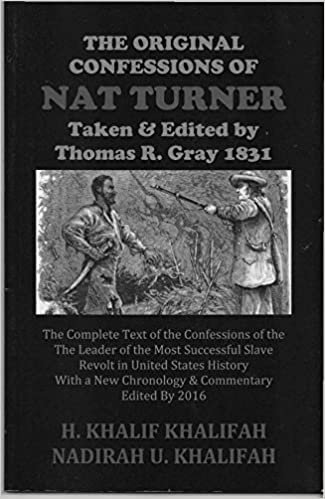 The Complete Text of the Confessions of The Leader of the Most Successful Slave Revolt in United States History with a New Chronology & Commentary Edited By: H. Khalif Khalifah and Nadirah U. Khalifah. Soft Cover. 50 Pages. Size: 5 1/2 x 8 1/2. A great book to add to your family's cultural research library. Thank your support of the Nat Turner Library Online Book Store.